The History of Romance

You’d be amazed to know that exchanging tokens of love go back to the medieval times when young men and women fell in love. But such romances were at times looked down by elders, who preferred arranged marriages to romantic links between a boy and a girl. But when the 18th century came along, young people were given the liberty to select their own partners, with whom they were romantically linked. Marriages in those days were based on love and care, rather than on monetary benefits. Young people fell in love and were romantically linked until they expressed their intentions of marriage and received the blessings of their elders.

Young people loved courtship and courting, especially the young women, who basked in the independence they had along with picking the best man, when they were courting or in a courtship. At one time parents stopped intervening in finding partners for their daughters and sons. When this happened, potential lovers needed to find each other and after a courtship determine the extent of common attraction and compatibility, so that they could move on to marriage. The most important decision a girl would make in her life, is the selection of a husband. It also gave women a sense of empowerment as they go to choose their future husbands and some of them used this empowerment heartlessly.

In a courtship it is a requirement that prospective lovers declare their feelings in a manner that that depicted inspiration and most of all genuineness. Exchanging Valentines was a popular affair and most courters used to design their own love letters in the form of a puzzle where his beloved would open each flap which revealed the feelings of her lover.

The Development of the 19th Century Romance

Romance took a turn to blossom in the 19th Century where the men became bold enough to articulate their most cherished thoughts by way of love letters. By the 19th century there was much development in the world and with the postal service in full swing, men and women were able to express their sentiments in a faster manner than was in the days gone by. As the days and years progressed love letters took the turn of meetings between lovers.

Esther Howland, a Mount Holyoke graduate produced the first marketable Valentines in the United States of America. . Howland was a very creative girl and she developed Valentines throughout 1847 and then began expanding her business in 1850.

Valentine’s Day customs were developed in new England and spread out through all English speaking countries, where cards were exchanged and at times if a girl had a secret admirer, he would send her a card without  his name and she would then have to guess who it was at the Valentine’s celebrations.

Modern Day romances are different from the romances of the years gone by.  Boys and girls of today are more mature when it comes to knowing what each other needs in a marriage and at most times marriages based on mutual understanding, care, love and cherishment is “until death do us part.”

The most significant of a marriage is the engagement ring and the wedding ring.  Today rings are made with expensive metal such as platinum and gold as the couple can afford it, but in some cases there comes a time when neither can afford such luxurious rings. A complete round band of gold signifies lasting love and togetherness as the band of gold does not have a beginning nor an end.

Love comes naturally to two people who are deeply attached to each other and want to spend the rest of their lives together, bringing up a family and building a nest of their own. The coziness that a family can bring is invaluable and needs to be cherished until the end of time.

Urban Esteem is aware of the bond of marriage and how important it is for two people in love, who will go on to marry each other and promise to be there for each other as they proclaim their marriage vows, thus,

"I, ___, take you, ___, for my lawful wife/husband, to have and to hold from this day forward, for better, for worse, for richer, for poorer, in sickness and health, until death do us part." 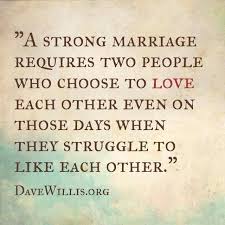 Click here to join our FREE Closed Facebook Group where we will be sharing snippets, contents, giveaways to win prizes over $1100 worth of Urban Esteem products and much more great stuff. All happening in our Facebook Group.

← Back to Love & Relationships